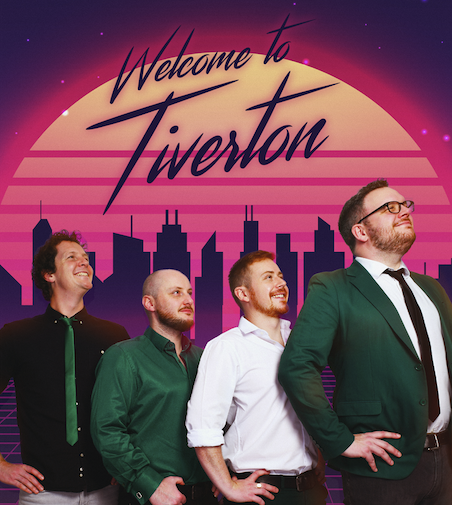 The Noise Next Door: Hometown Heroes

The kings of improvised comedy are coming to save Tiverton.

The Noise Next Door will be your side-splitting saviours in this once in a lifetime comedy event that will see them take YOUR suggestions of the best, worst and downright weirdest things about Tiverton and transform them into a cavalcade of hilarious songs, scenes and characters.

The Noise Next Door are twelve-time sell-out veterans of The Edinburgh Fringe and have appeared on ‘The One Show’ (BBC One), ‘Britain’s Got Talent’ (ITV1), and ‘Roast Battle’ (Comedy Central). They have also appeared alongside the likes of Michael McIntyre, Katherine Ryan, Romesh Ranganathan and Harry Hill.

“21st century comedy at its finest and funniest.” The Stage