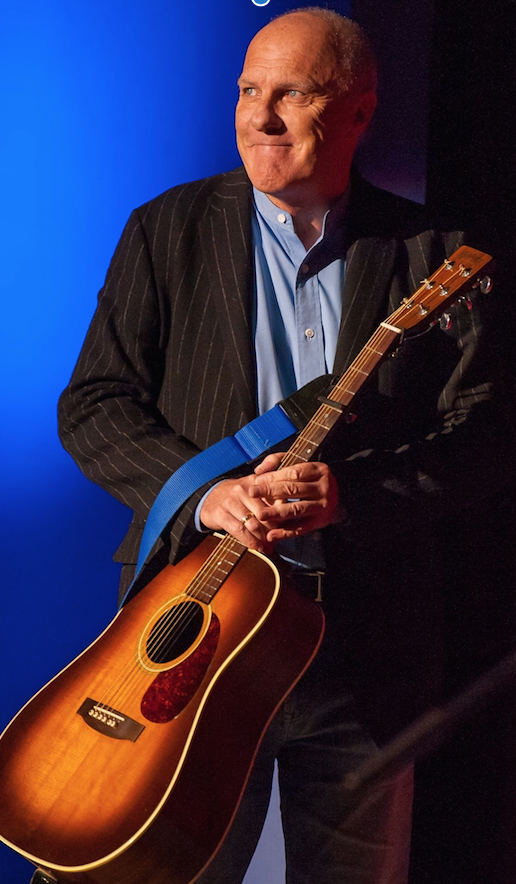 There are very few artists acclaimed by two completely different genres as one of their best. But for Richard Digance, his touring life balances both his skill as a folk musician with his wit as a comedian.

To put this in perspective, he is close friends and rated as a great acoustic guitarist by Ralph McTell, while top comic Ross Noble describes Digance as a major influence.

And when it comes to pedigree, few can match his CV. Digance has enjoyed his own ITV Saturday-night show, and a series of Saturday night specials where he has played with Queen’s Brian May, The Moody Blues, Status Quo, Chris de Burgh, Juan Martin, Marc Cohn and Elkie Brooks to name but a few.

If that wasn’t enough, Digance has an extra gear when it comes to claims to success. He has supported Steve Martin in the USA, Robin Williams at The London Palladium and is included in The Virgin Anthology of Songwriters for his contribution to British comedy song writing.

His loyal following includes a younger generation attracted by both his guitar playing and the fact he has inspired many modern-day performers, to the super-loyal who have followed him since the time he had his own TV series, and even further back, when he started out in folk clubs.

Over the years Digance has earned awards including a BAFTA nomination as a TV entertainer, and a gold award from the British Academy of Composers and Songwriters.