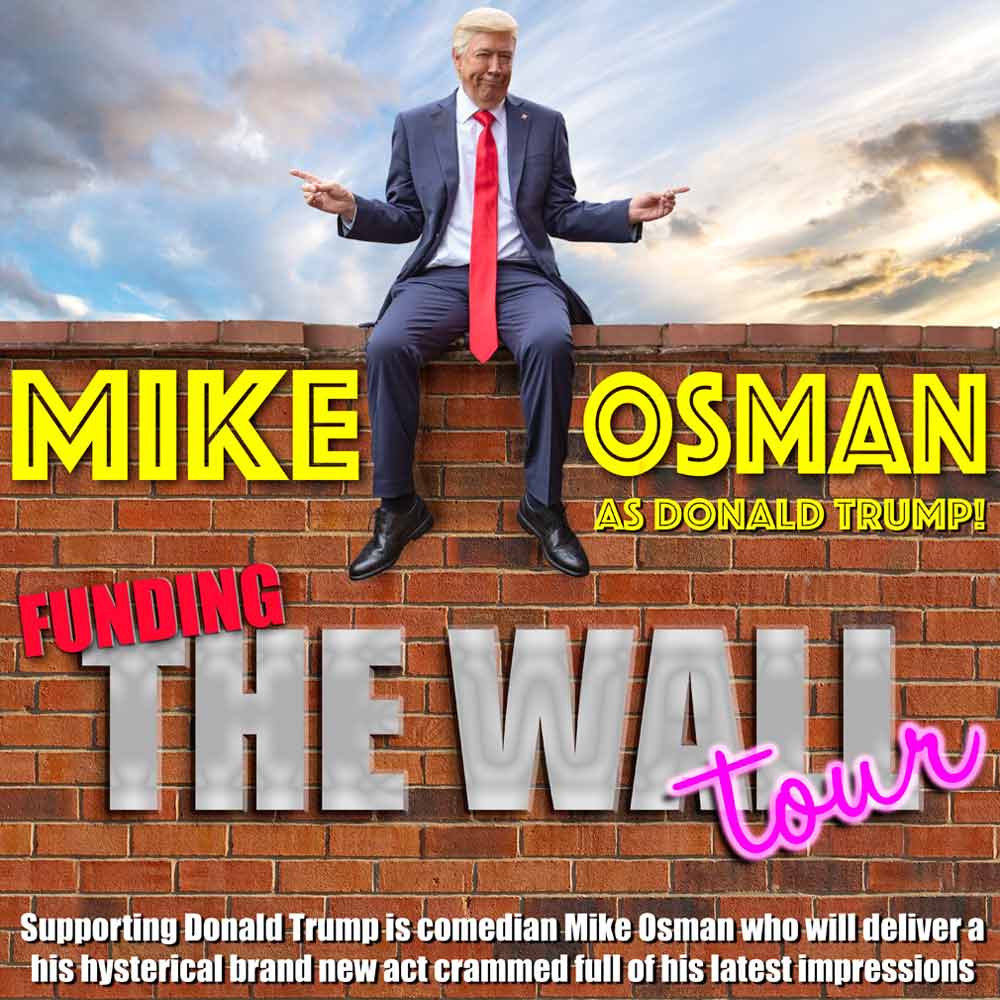 Trump in Tiverton this September. It’s true. So true. 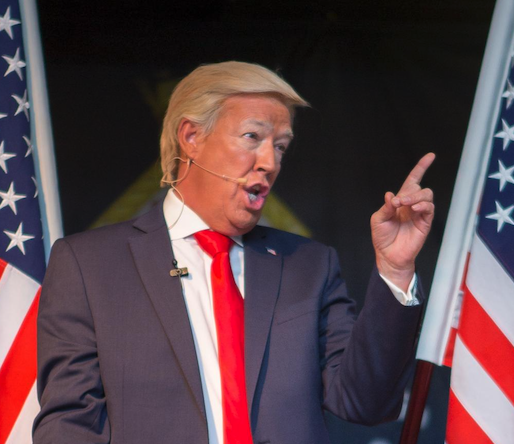 Being the UK’s leading Trump impersonator is one thing. Switching persona to Del Trotter, Nigel Farage, Chris Tarrant Michael McIntyre, José Mourinho and a host of other famous characters at a relentless pace is quite another.

For much-loved comedian Mike Osman the last thirty years have been 50% Mike and 50% a world of famous names as he has brought his world of comedy to TV, radio and packed theatres across the country. Osman is a rare commodity – a comedian, an impersonator, a radio DJ and, now, Trump.

He is bringing his popular new show to Tiverton, which is topically called the Funding The Wall tour. In the first hour he explores the humour, embarrassment and narcissism of being Donald Trump combining a well-observed impersonation with razor-sharp wit, including berating himself using a Trump puppet.

Trump says: “It’s gonna be a great show, the best show, you’re gonna love it. It’s gonna be tremendous, so beautiful, it’s true. There will be so much locker room humor, unbelievable humor but no fake stuff, no fake stuff and the press are banned. I’ve got all the best jokes it’s true. You gotta love this show, it’s gonna be huge, so huge.”

His side-splitting presidential mirth is then followed in the second half of the show by rapid fire gags and impersonations, which is where Osman has made his name in live entertainment. It’s a no holds barred feast of well-timed, jaw-aching and often close to the bone comedy that has made Osman so enduring to the British audience.

Steve Lodge, who runs Comedy Hall and is bringing Osman to Tiverton Community Arts Theatre, has a habit of booking comedians he likes and respects. And Mike Osman is close to the top of that list.

“I first saw Mike when I was a teenager in Hampshire, as headline act in a corporate variety show. He had such an ease with an audience, and commanded the room. ,And throughout his long career he has lost nothing of his inventiveness, charm and – well – loveable stupidity. Locally he is nothing less than a legend, which was clearly demonstrated recently when his Trumped show sold out the 2000-seat Mayflower Theatre.

“I can’t wait to see him work the Tiverton crowd, because live performance is what he has mastered.”

But Osman’s talents go far beyond live comedy. As breakfast show DJ on Capital Gold he drew an audience of more than 1.7m people, and he is no stranger to TV as his recent spot on This Morning highlighted – as he bantered with a top US Trump impersonator on live television.

You can see Trumped: Funding The Wall Tour at TCAT on Saturday 14th September, with tickets available for £15 (£14 concessions) at The Busy Bee in Tiverton and www.comedyhall.co.uk