Anything but. Tom Stade brings Decisions Decisions to Tiverton in September. 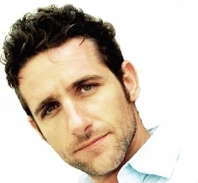 Canadian Tom Stade ponders life’s timeless questions in his hilarious new show ‘Decisions Decisions…’ at Comedy Hall on 26th September. Nevertheless, the evening will be anything but a gentle head-scratching…

This rock and roll comedian bounds on stage, beer still in hand, to recount scandalous scenes from his own life. A masterful and sometimes surreal storyteller, his passionate and honest material is always served up with a knowing self mockery. The charismatic stage presence and masterful delivery are both enhanced by his trademark ‘angry drunk’ gravelly drawl – the result of years spent smoking weed. While he appears to jump from topic to topic it’s his deep exploration of his central theme that’s a real joy. He manages to make even the most outrageous of his material relatable in a way that’ll have you nodding in agreement even as you’re both reeling and grinning with delighted shock.

Stade has appeared on ‘Mock the Week’ (BBC One), ‘Dave’s One Night Stand’ (Dave), Lee Mack’s All Star Cast’ (BBC One), ‘Stand Up for the Week’ (Channel 4) and Comedy Cuts (ITV2).  He was part of Frankie Boyle’s stand up show ‘The Boyle Variety Performance’ (Channel 4) and comes to Comedy Hall fresh from sell-out shows at the Melbourne and Edinburgh Festivals. He’s also entertained British troops overseas, braving the freezing Falklands and under fire in Afghanistan and Iran.

Catch him at Comedy Hall, where you’ll be safe, even though the material isn’t!

Tom Stade is at Comedy Hall in Tiverton on 26th September 2014 at 8.00pm. Click here to buy tickets.