Double the fun with Kern and Lock

Comedy Hall is offering an incredible double header from Lee Kern and Trevor Lock − who will do an hour long set each on 29th August.

Kern is famous for his side-splitting pranks on Celebrity Bedlam (Channel 4), which Viz described as “quite possibly the funniest thing that’s ever been on the telly”.  (See a sample here as Brian Belo and David van Day from Dollar get pranked – http://youtu.be/YLXoPhxH_d4). These included making David Van Day believe he’d been cloned and Katie from X-Factor believe that she was modelling a coat made of human skin, complete with breasts. He’s also the voice of the Channel 4 cartoon “Modern Toss”, a former presenter for “Big Brother” and an acclaimed filmmaker. 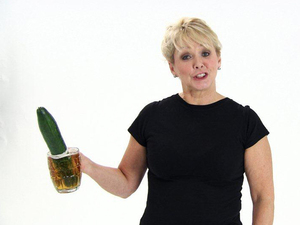 Kern is a ‘diabolically funny’ and compelling performer spitting out sarcasms with a slow but elegant snarl, while holding the audience in the palm of his hand. He tells us to expect “an hour of utter lunacy, stupidity – and a bag of Skips crisps for one lucky winner”. Who could resist!

Trevor Lock, or ‘Cocky Locky’ as listeners of Russell Brand’s Sunday morning show on BBC 6 Music will know him, is the king of live audience interaction. He mixes it up with surreal stream of consciousness stories, punctuated with hilarious other possible meanings which he then promptly denies. He promises ‘an hour of intelligently silly nonsense including ideas for new dances…’

Lock regularly featured alongside Stewart Lee and Richard Herring on ‘This Morning with Richard Not Judy’ (BBC2) and also appeared in Al Murray’s sitcom ‘Time Gentlemen Please’ (Sky One) as well as playing several roles on ‘Star Stories’ (Channel 4). He’s also performed at the Edinburgh festival with Daniel Kitson and Andrew Maxwell in ‘The Number One Show’ and supported his pal Russell Brand on a number of dates during the latter’s ‘Shame’ tour.

This talented duo will be at Comedy Hall on Friday 29th August 2014 at 8pm. Click here to buy tickets.

SPECIAL OFFER – save £5 on tickets! 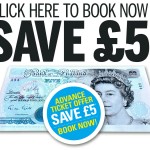 We recently offered £5 off tickets for this show when you join the What’s On Tiverton group of Facebook. Please go join it here – but if you’re not on Facebook then use code WOTA29 at checkout. This is only available online.